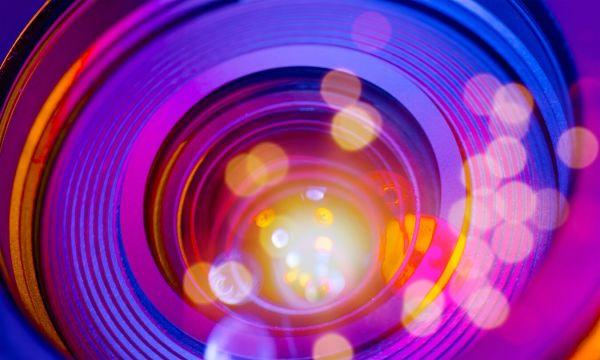 As bitcoin (BTC) continued its surge higher after breaking through the crucial USD 10,000 level on Sunday and hitting USD 11,000 on Monday, a number of metrics show how much has the interest in the most popular coin increased in the past few days.

While on Monday it reached USD 32.5bn, today it already stands at USD 31.8bn. To compare, for almost all Jully, it fluctuated between USD 10bn and USD 15bn. However, the recent spike is still lower than the market saw in May this year. 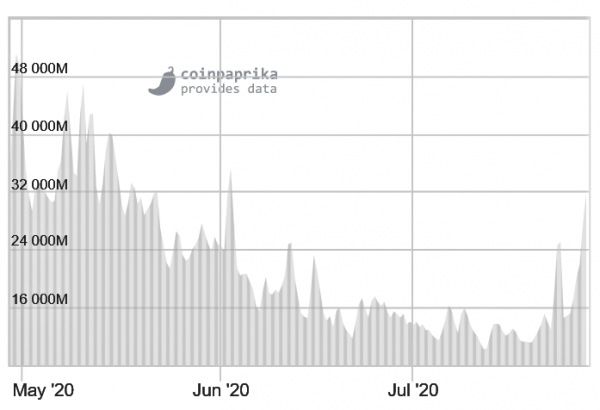 The surging price yesterday also led to a surge in inflows of bitcoin to crypto exchanges. It experienced the largest one day increase in 134 days, increasing by BTC 68,970 to BTC 130,000, according to blockchain analysis firm Chainalysis. 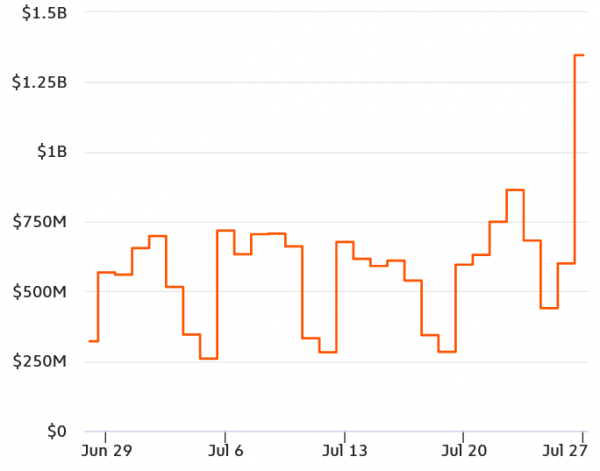 Meanwhile, after selling more BTC than was generated in the past week, it seems that miners started to hoard more.

Also, Bitcoin’s on-chain analytics indicates that the rally may have become overextended, with analytics provider IntoTheBlock’s summary of ‘actionable signals’ indicating a slightly bearish outlook for the cryptocurrency.

The bearish overall rating is made up of several other metrics, where the growth in new wallets – called ‘net network growth’ – and the number of large transactions being made on the network, both pointed lower. 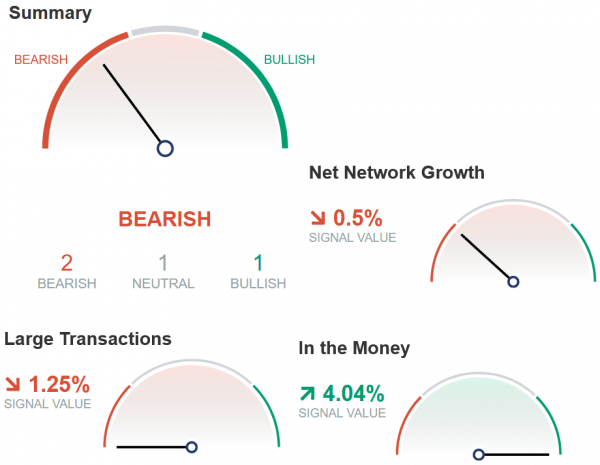 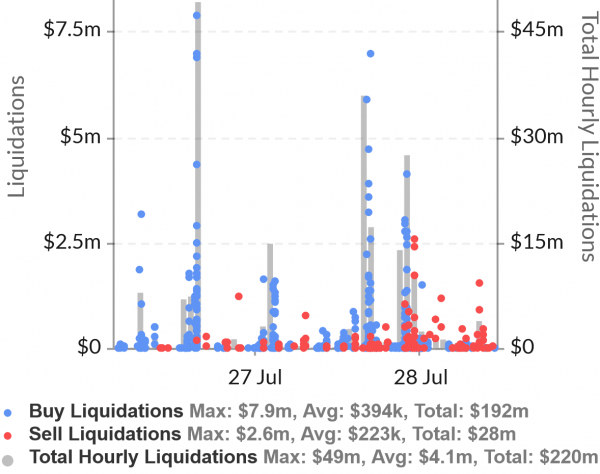 On the positive side, however, IntoTheBlock recorded strong growth in the number of bitcoin holders that are ‘in the money,’ which is not surprising after a rally like the one we have just seen. 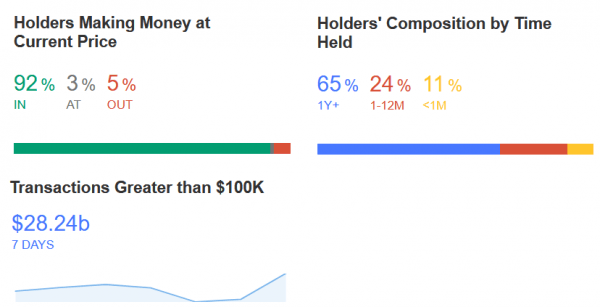 And while on-chain fundamentals paint a slightly bearish picture, the number of transactions on the Bitcoin network was also down from where it was just before the weekend – despite massively increasing prices. 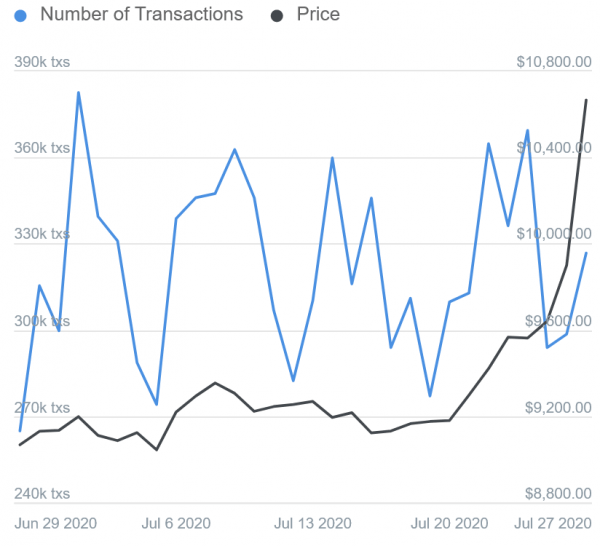 Also, looking at the bitcoin mempool it can be seen that the number of transactions that are waiting to be confirmed has spiked sharply yesterday and now more than 50,000 transactions are sitting in the mempool. 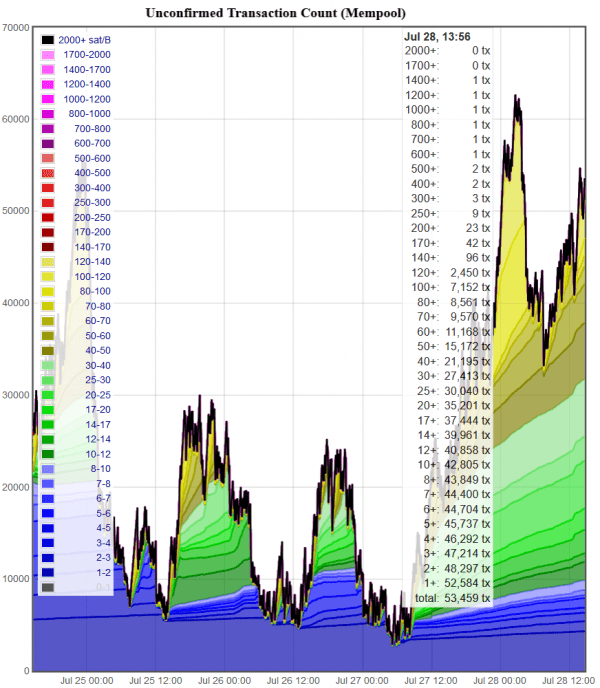 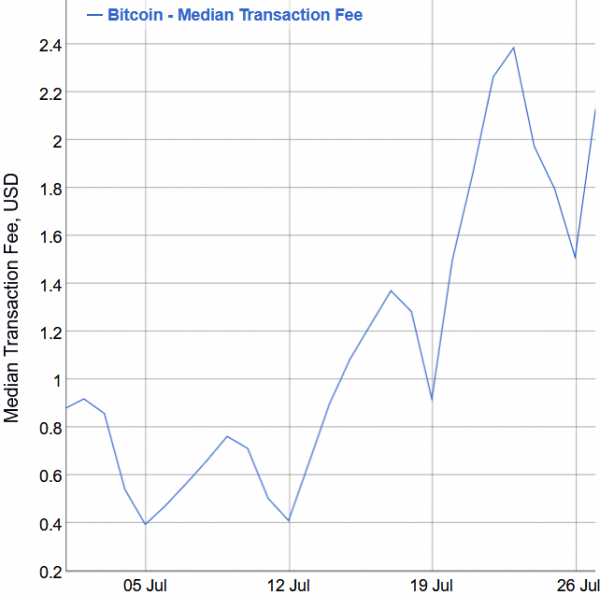 Lastly, yesterday’s rally also came as search interest for the term ‘bitcoin’ on Google rose sharply. Over a period of just three days, from Saturday and until today, the number of worldwide searches for the term tripled, according to data from Google Trends. The top three countries globally for bitcoin searches were all in Africa.

As is often the case, however, search interest simply follows price rises for bitcoin and other cryptocurrencies, which is also evident in the latest decline seen today. Further, the metric is also sometimes used as a contrarian indicator by more sophisticated traders, where they would sell an asset as more inexperienced investors enter it.

Goldman Sachs Strategist Warns of 'Real Concerns' Over US Dollar