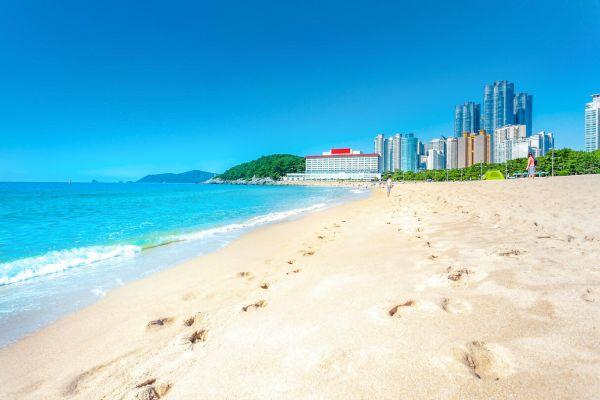 Holidaymakers at Haeundae, South Korea’s busiest and most popular beach, will be able to pay for services such as sun umbrella and inflatable tube rentals in bitcoin (BTC), ethereum (ETH) and other tokens next month.

Haeundae Beach, in South Korea’s second city Busan, is a 1.5 km-long, 30-50m wide stretch of sand that attracts hundreds of thousands of visitors a day during the peak summer months of July and August.

And per media outlet Fintech Post, Busan city authorities have teamed up with CIC Enterprise, an arm of blockchain firm Bitbeat, as well as Innotech, a firm that currently provides payment infrastructure to the city’s beaches.

Under the terms of the deal, beach authorities of both Haeundae and nearby rival hotspot Songjeong Beach – a popular nearby destination for surfers – will allow sunbathers, swimmers and watersport fans to pay in fiat using debit or credit cards, or use BTC, ETH or the musiconomi (MCI) and WAY tokens.

As part of coronavirus-fighting contact-free drives, crypto enthusiasts will be able to pay for their beach holidays in BTC, ETH and the rest online before they even leave the house – picking up their parasols, dinghies and the like when they arrive.

Busan said that the project will operate from August 1 until the end of the summer season, but could be followed up next year with a wider blockchain-powered payment system at beaches all over the city.
___
Learn more:
New Partnership Lets Travelers Book Expedia Hotels with Bitcoin
K-pop Star Kwon Hyun-bin to Appear in ‘Crypto-themed’ K-drama Series