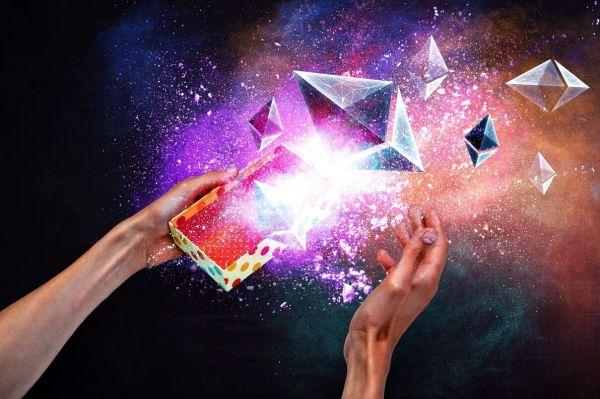 Today is the birthday of the second most valuable crypto network in the world – Ethereum (ETH). In the five years of its existence, its metrics increased between several hundred and tens of thousands of percent.

With the details unveiled in late June 2015 for the aptly-titled ‘Frontier’ version, one of the Cryptoverse’s best-known crypto projects went live on July 30 – five years to date. In the span of five years (or five eternities in the Cryptoverse), Ethereum accomplished a number of major milestones for its token, as well as the blockchain itself, which is home to a number of other, diverse projects built upon it.

Ethereum has been through several hard forks and has seen several upgrades and versions – arguably the most important of which is expected to come late this year or early next year.

This is the much-anticipated though much-delayed Ethereum 2.0 (aka Serenity), which will be rolled out in phases, starting with Phase 0 (aka the Beacon Chain). This will bring a number of changes, probably the largest of which is the shift from the Proof of Work (PoW) to the Proof of Stake (PoS) consensus algorithm, replacing miners for validators locking in ETH deposits to validate blocks and earn block rewards. The final multi-client testnet before Phase 0 is set to go live on August 4.

To see how much Ethereum grew exactly over these five years, we looked at the numbers for each July 30 (when data is available) since its launch. We found the following:

Ethereum’s massive rally in 2017 also left an important mark in its history. The rally ended in January 2018 when the price of ETH touched USD 1,400. Measures across the spectrum blew up at that point, then dropping significantly in the months to come. 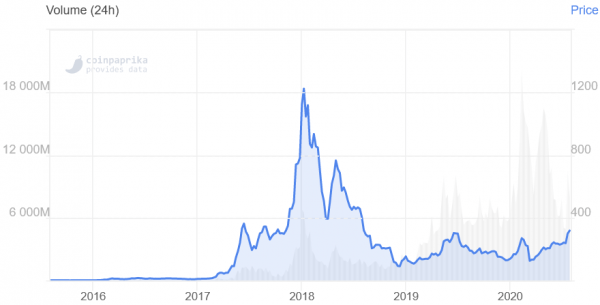 Ethereum seems to have chosen a more gradual ascend this time around. Certain values, as seen in the table below, are somewhat lower in 2020 so far, compared to 2019. 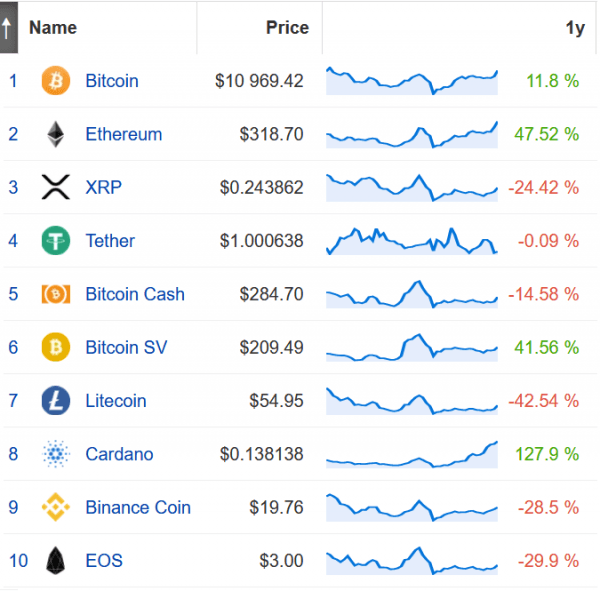 It also means that 71% of ETH addresses are now "in the money": 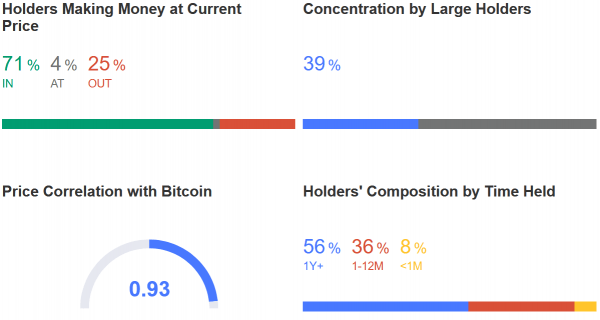 ‘A regular part of people’s lives’

And beyond the accomplishments so far, Ethereum co-founder Vitalik Buterin remains optimistic about the project’s development. When asked on the latest episode of Unchained Podcast where he would like to see Ethereum in the next five years, Buterin said that the top priority is getting Ethereum 2.0 done. Aside from that, he envisions a lot of people from all over the world using Ethereum on daily basis and deriving value from the network.

Speaking about the ETH price and its significance for security in ETH 2.0, Buterin said that the "price is definitely important for the security and a lot of things." He said that the monetary policy of ETH will be variable for now, meaning that sometimes it will be deflationary and sometimes it will be inflationary based on what’s happening on the network. "It’s a difficult question and the community’s view, my own, and a lot of people’s views are definitely still kind of in flux on this," he said.

“If you have ETH and you’re interested in ETH as a get-rich-quick asset, then you care about the chance and the probability that it goes up to ten thousand. But if you care about the value of ETH per network security purposes or even for making sure the ecosystem continues to have funding or just plain old stability to ensure the utility of ETH then the thing you care more about is the price of ETH not dropping to zero,” Buterin said.

Also, continuing his commentary on decentralized finance (DeFi), Buterin added that he is concerned that a lot of people are underestimating smart contract risks and repeated that DeFi yields are unsustainable. "Are we safe enough that we can promise a chance of breaking of less than 2% a year? I don’t think we can get there yet."

Here's what every major analyst expects from Apple's earnings report